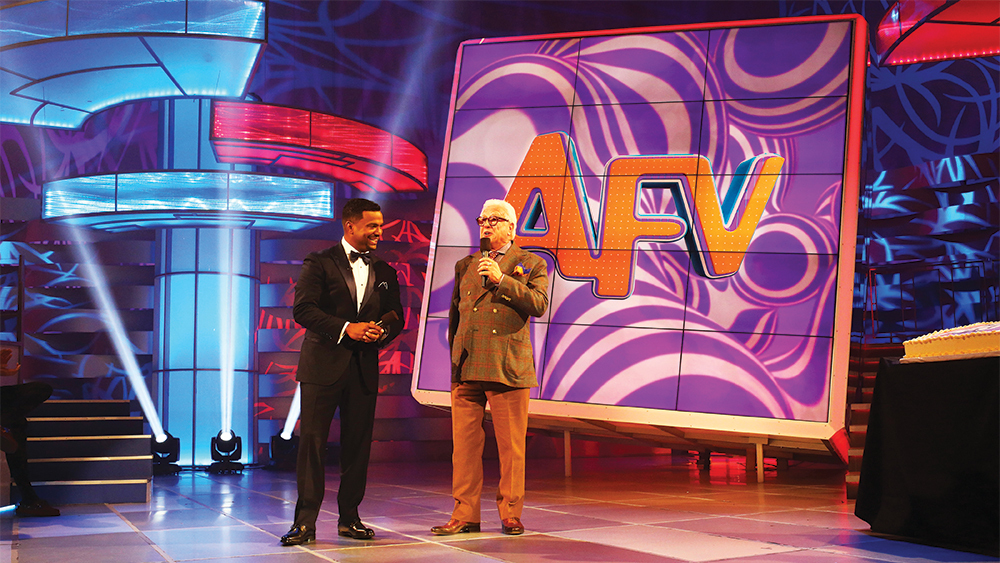 Hosted by Alfonso Ribeiro, America’s Funniest Home Videos is the longest-running primetime entertainment show in the history of ABC. Each week, the AFV team evaluates thousands of user-submitted home videos, to bring you America’s ‘real-life’ funny moments captured on video.

AFV offers a weekly $10,000 first place prize to the funniest or most unusual video as voted upon by the in-studio audience. Those prizewinners then move on to the next competition round where they vie for a $100,000 prize. At the end of the season, the $100,000 prizewinners compete for a Grand Prize vacation package. In its 30 seasons to date, AFV has given away over $16 million in prize money and evaluated more than 2 million videotapes from home viewers.

AFV has become an iconic part of American pop culture, as evidenced by its entry into the Smithsonian’s permanent entertainment collection. Today, AFV is syndicated in over 50 countries around the world, spreading American humor and clumsiness across the globe!

Vin Di Bona is Executive Producer, along with Michele Nasraway.

AFV Apps on the Go